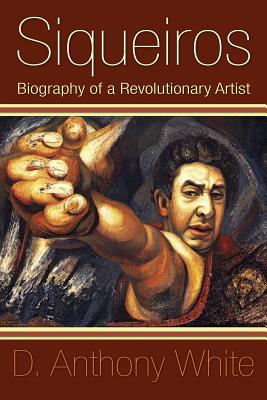 David Alfaro Siqueiros (1896-1974) was a revolutionary artist and lifetime political activist, whose life story reads like a novel. A founder of the Mexican Mural Movement, he developed a modern realism in the murals he painted in Mexico, Los Angeles, Argentina, Chile and Cuba, which provoked acts of censureship. Though primarily a muralist, he also painted expressive portraits, still lifes and landscapes. Self-proclaimed ideologue of the mural movement, he critiqued modern art and artists in journals which he published. He fought in the Mexican Revolution, organized workers, commanded front-line troops in Spain and led protests against fascism and imperialism. Imprisoned for his militant activities in Mexico, he was also exiled or deported from Mexico, the United States, Argentina and Spain. Since his art and activism encompassed many important issues and personalities in art and politics, his biography is a capsule history of modern Mexico and the twentieth century.

D. Anthony White, Ph.D. is Professor Emeritus from Sonoma State University. A graduate of Phillips Andover Academy, Stanford University, the Universities of California at Berkeley and at Los Angeles, he learned Spanish playing and coaching basketball in Bilbao, Spain. After writing his dissertation on Mexican foreign policy, he received his doctorate from U.C.L.A. and taught Latin American History, United States-Latin American Relations and Global Studies at Sonoma State for 37 years. The recipient of a research grant from the National Endowment for the Humanities, he conducted research for this biography in the artist's archives and interviewed his widow, family members, friends, artists and art historians.