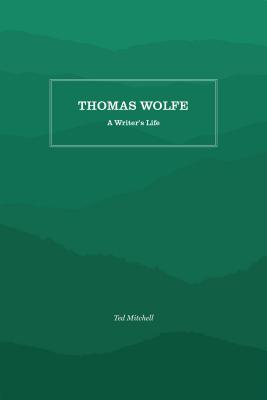 The first novelist from North Carolina to become an influential voice in American literature, Thomas Wolfe was an imaginative and persuasive fictional writer. Hailing from Asheville, North Carolina, Thomas Wolfe is best known for his vivid portrayal of life in the mountains during the twentieth century. Published in 1999, Thomas Wolfe: A Writer's Life explores Wolfe's life and career spanning from 1900 until his early death in 1938. The author, Ted Mitchell, was a historic site interpreter at the Thomas Wolfe Memorial State Historic Site in Asheville. An earlier edition of this work was published by the Thomas Wolfe Memorial State Historic Site without the interpretation of Mitchell.