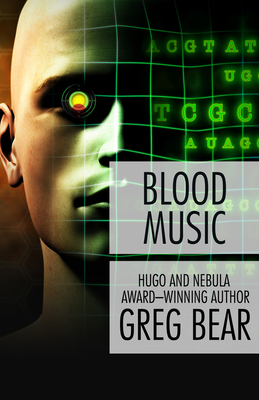 Nebula Award Finalist: A genetic engineering breakthrough may portend the destruction of humanity in this cyberpunk novel by the author of The Forge of God. This Hugo and Nebula Award finalist follows present-day events in which the fears concerning the nuclear annihilation of the world subsided after the Cold War and the fear of chemical warfare spilled over into the empty void it left behind. An amazing breakthrough in genetic engineering made by Vergil Ulam is considered too dangerous for further research, but rather than destroy his work, he injects himself with his creation and walks out of his lab, unaware of just how his actions will change the world. Author Greg Bear's treatment of the traditional tale of scientific hubris is both suspenseful and a compelling portrait of a new intelligence emerging amongst us, irrevocably changing our world.

Greg Bear is the author of over twenty-five books, which have been translated into seventeen languages. He has won science fiction's highest honors and is considered the natural heir to Arthur C. Clarke. The recipient of two Hugo Awards and four Nebula Awards, Bear has been called "the best working writer of hard science fiction" by the Science Fiction Encyclopedia. Many of his novels, such as Darwin's Radio, are considered to be classics of his generation. Bear is married to Astrid Anderson--who is the daughter of science fiction great Poul Anderson--and they are the parents of two children, Erik and Alexandria. Bear's recent publications include the thriller Quantico and its sequel, Mariposa; the epic science fiction novel City at the End of Time; and the generation starship novel Hull Zero Three.