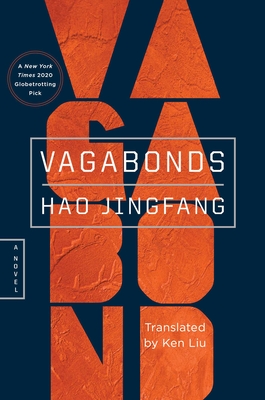 By Hao Jingfang, Ken Liu (Translated by)
$28.99
Email orders@greenlightbookstore.com for information about this item.

A century after the Martian war of independence, a group of kids are sent to Earth as delegates from Mars, but when they return home, they are caught between the two worlds, unable to reconcile the beauty and culture of Mars with their experiences on Earth in this spellbinding novel from Hugo Award–winning author Hao Jingfang.

This genre-bending novel is set on Earth in the wake of a second civil war…not between two factions in one nation, but two factions in one solar system: Mars and Earth. In an attempt to repair increasing tensions, the colonies of Mars send a group of young people to live on Earth to help reconcile humanity. But the group finds itself with no real home, no friends, and fractured allegiances as they struggle to find a sense of community and identity, trapped between two worlds.

Fans of Kazuo Ishiguro’s Never Let Me Go and Naomi Alderman’s The Power will fall in love with this novel about lost innocence, an uncertain future, and never feeling at home, no matter where you are in the universe. Translated by Ken Liu, bestselling author of The Paper Menagerie and translator of Cixin Liu’s The Three-Body Problem, Vagabonds is the first novel from Hao Jingfang, the first Chinese woman to ever win the esteemed Hugo Award.

Jingfang Hao is a Chinese science fiction writer. She won the Hugo Award for Best Novelette for “Folding Beijing,” translated by Ken Liu, at the 2016 Hugo Awards, marking the first Hugo awarded to a Chinese woman. Hao works as a macroeconomics researcher at China Development Research Foundation, a quango organization located in Beijing, China.

Ken Liu is an award-winning American author of speculative fiction. His collection, The Paper Menagerie and Other Stories, has been published in more than a dozen languages. Liu’s other works include The Grace of Kings, The Wall of Storms, The Veiled Throne, and a second collection The Hidden Girl and Other Stories. He has been involved in multiple media adaptations of his work including the short story “Good Hunting,” adapted as an episode in Netflix’s animated series Love, Death + Robots; and AMC’s Pantheon, adapted from an interconnected series of short stories. “The Hidden Girl,” “The Message,” and “The Cleaners” have also been optioned for development. Liu previously worked as a software engineer, corporate lawyer, and litigation consultant. He frequently speaks at conferences and universities on topics including futurism, cryptocurrency, the history of technology, and the value of storytelling. Liu lives with his family near Boston, Massachusetts.

A Lit Hub Most Anticipated Books of 2020 Selection

"Uniquely taking us millions of kilometers away to experience another way of life."—Cixin Liu, New York Times bestselling author of The Three-Body Problem

“A thoughtful debut with ample scope for reader engagement.” —Kirkus

“[A] masterful narrative. Highly recommended for fans of Kim Stanley Robinson's Mars trilogy or readers who enjoy sf with a focus on social and political themes.”
— Booklist, starred review