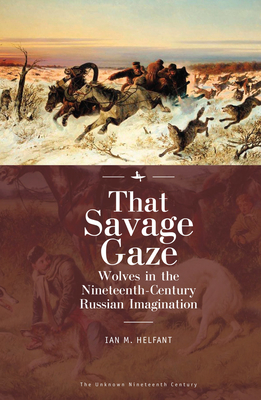 Imperial Russia's large wolf populations were demonized, persecuted, tormented, and sometimes admired. That Savage Gaze explores the significance of wolves in pre-revolutionary Russia utilizing the perspectives of cultural studies, ecocriticism, and human-animal studies. It examines the ways in which hunters, writers, conservationists, members of animal protection societies, scientists, doctors, government officials and others contested Russia's "Wolf Problem" and the particular threat posed by rabid wolves. It elucidates the ways in which wolves became intertwined with Russian identity both domestically and abroad. It argues that wolves played a foundational role in Russians' conceptions of the natural world in ways that reverberated throughout Russian society, providing insights into broader aspects of Russian culture and history as well as the opportunities and challenges that modernity posed for the Russian empire.

Ian M. Helfant holds a joint position in Russian & Eurasian Studies and Environmental Studies at Colgate University, where he began teaching in 1998. His previous publications include The High Stakes of Identity: Gambling in the Life and Literature of Nineteenth-Century Russia and many articles on imperial Russia.