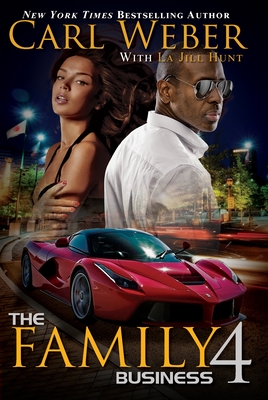 This is book number 4 in the Family Business series.

LC Duncan, patriarch and leader of the Duncan clan, is alive and well after being shot by a mysterious gunman. His near death experience has caused him and his wife Chippy to reflect on both the past and present, and together they decide that it’s time to return to Waycross, Georgia for a long overdue family reunion.

Wherever the Duncans go, trouble is never too far behind, and this time it comes in the form of longtime Duncan enemy Vinnie Dash and Orlando Duncan's baby momma, Ruby. Vinnie and Ruby are back to seek revenge on the Duncan family, and they continue to deny Orlando the opportunity to meet his only child, who has been named after his family’s sworn enemy. Orlando takes things into his own hands and sets out to Jamaica to get his son.

The beautiful Paris Duncan is being haunted by recurring nightmares of her true love, Niles Monroe. She blew up his private plane when he became a threat to her family; however, there have been signs that suggest he may still be alive. On top of this, Darryl Graham, a long lost family friend, has returned and reignited a feud between Paris and London. Will the sisters have it out once again over the attention of a man?

Get ready for another roller coaster ride with the Duncan family.

Carl Weber is the New York Times bestselling author of The Preacher’s Son, So You Call Yourself a Man, Something on the Side, Up to No Good, Big Girls Do Cry, Torn Between Two Lovers, and She Ain’t the One. He is the Publisher and Editorial Director of Urban Books and CEO of Urban Books Media, which is currently producing films based on several of his bestselling novels. He lives in Long Island, New York, with his family. His Web site is carlweber.net.

La Jill Hunt is a native of Mobile, AL who burst onto the literary scene in 2003 with her debut novel, Drama Queen. The memorable characters she created and the entertaining stories she told quickly drew bestselling success and a following of fans, young and old. Although known for her urban chick-lit novels, she has also contributed to the street anthology series Around the Way Girls, and penned an urban romance, Another Sad Love Song. Her erotic short story, Catch 22, is currently available as a digital download. Currently residing in Virginia Beach, La Jill enjoys spending time with her daughters, family, and friends.