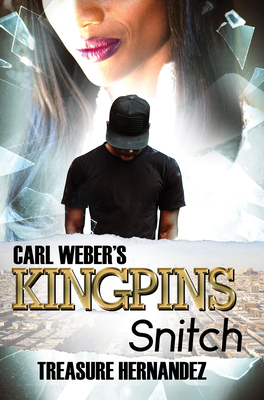 Blood is thicker than water! Every grimy hustler will express those words when they are out on the block chasing the bag. But when Flash’s back is up against the wall and he’s being pressured by homicide detectives, all sense of loyalty goes out the window.

Flash, the son of Philadelphia drug queen pin Vickie Lopez, decides he isn't going to prison, not even for his own mother. When he’s arrested for a small amount of cocaine, he spills his guts to Philadelphia homicide detectives, resulting in the arrest and federal conviction, under the RICO Act, of his own mother. She’s staring down a life sentence.

As the clock winds down on the deal he cut with the Feds, Flash is shipped to Graterford, one of the harshest prisons in the state of Pennsylvania. His baby brother, who is North Philly’s most notorious contract killer, awaits him for a family reunion.

With nowhere to run, Flash is forced to lay in the bed he made for himself. His past has finally come back to haunt him. Will his brother make him pay the ultimate price for betraying their mother, or will he forgive him for his sin?

Treasure Hernandez served eight years in a federal penitentiary. She has paid her debts to society, and now lives in Atlanta, GA with her daughter. She is presently working on future projects for Urban Books, including co-writing a book with New York Times bestselling author Carl Weber.