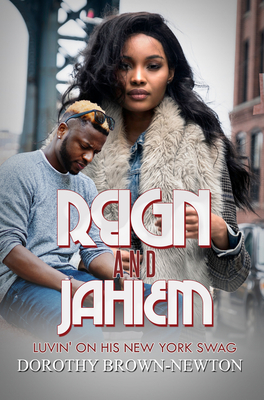 A woman’s choice to betray her friend and to steal another woman’s man creates problems she might not be ready to deal with.

No matter how many times she promised herself she wouldn’t go there, Reign couldn’t resist Jahiem, her best friend’s brother. Now caught between her friendship and her relationship, Reign is forced to prove where her loyalty lies.

Jahiem had no intentions of ever starting a relationship with Reign because he was already in a relationship with Samantha. Now that he’s broken things off with her, Samantha shows up, and she’s not alone. Jahiem finds himself in a difficult situation when he realizes he’s torn between two women who have more in common than he thought.

Samantha is used to getting what she wants by any means necessary. She refuses to accept that Jahiem has moved on. Feeling betrayed and rejected by Jahiem and her birth mother, she vows to make them pay. She wants everyone to know that she is a force to be reckoned with.

Reign never thought that her relationship with Jahiem would cause her so much hurt and pain. Faced with secrets, lies, and deception, she feels her life spiraling out of control. When she reconnects with her childhood crush, she begins to realize how a woman should be treated. She tries hard not to give in to temptation, but Jahiem isn’t making it easy. Unbeknownst to Reign, she and Jahiem are about to face a chain of events that neither of them are prepared for.

D. Brown-Newton was raised in Queens, NY, where she found her love of writing at the tender age of nine. Her writing career started in 2004, and she has written eighteen urban romance novels since then. She has also written thirteen under her pen name, Londyn. D. Brown-Newton now resides in North Carolina with her husband, children, and grandchildren. When she is not spending time with family or traveling, she loves reading all genres, though her first love will always be urban romance. It will always be her passion to pen great love stories for her fans who enjoy reading just as much as she does.