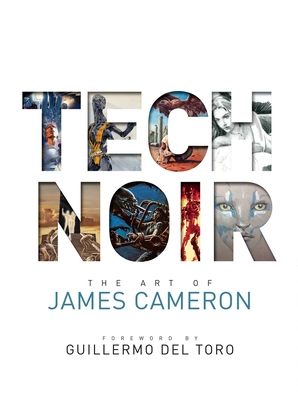 Explore the creative evolution of James Cameron through this exclusive journey into his personal art archives, showcasing a range of rare and never-before-seen works from the acclaimed director’s private collection.

James Cameron has blazed a trail through the cinematic landscape with a series of groundbreaking films that have each become deeply embedded in the popular imagination. But while Cameron has created and employed advanced filmmaking technologies to realize his unique vision, his process of creative ideation began with pen, pencil, and paints long before he picked up a camera.

Cameron displayed remarkable ability at an early age, filling sketchbooks with illustrations of alien creatures, faraway worlds, and technological wonders. As he grew older, his art became increasingly sophisticated, exploring major themes that would imbue his later work—from the threat of nuclear catastrophe to the dangers inherent in the development of artificial intelligence. Working in the film industry in his twenties, Cameron supported himself by illustrating theatrical posters and concept art for low-budget films before creating the visionary concept pieces that would help greenlight his first feature, The Terminator.

For the first time, Tech Noir brings together a dazzling and diverse array of personal and commercial art from Cameron’s own collection, showcasing the trajectory of ideas that led to such modern classics as The Terminator, Aliens, Titanic, and Avatar. Including everything from his earliest sketches through to unrealized projects and his acclaimed later work, this book features the filmmaker’s personal commentary on his creative and artistic evolution throughout the years.

A unique journey into the mind of a creative powerhouse, Tech Noir is the ultimate exploration of one of cinema’s most imaginative innovators.

James Cameron is an acclaimed filmmaker and explorer. As a writer, director, and producer he is responsible for some of the most memorable films of the past three decades: The Terminator, Aliens, The Abyss, Terminator 2: Judgment Day, True Lies, Titanic, and Avatar. He is currently in production on the Avatar sequels.

Guillermo del Toro is the acclaimed director of The Shape of Water, Pan’s Labyrinth, Pacific Rim, and Crimson Peak. His Strain novels are international best sellers. He lives in Los Angeles with his wife, kids, dog, cat, and rat.