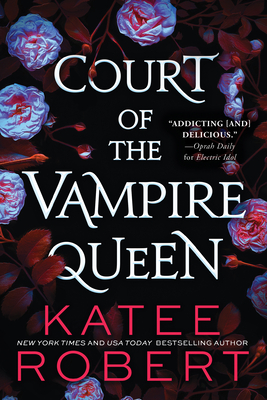 Three Powerfully Alluring Vampire Men and One Queen to Rule Them All.

All Mina ever wanted was to escape her father's control. Half human, half vampire, she lived eternally torn between two worlds, never fully experiencing the pleasures of either—until her father chose her as the pawn in his latest political move, gifting her to the darkly powerful and dangerously seductive Malachi Zion.

Malachi is not a vampire to be trifled with. He rules with an iron fist and has a reputation for the darkest of sins. But the longer Mina spends with him, the more she realizes he's not the monster she first thought—and as fear bleeds into lust, then trust, then something more, Malachi opens Mina up to a world she never knew could be hers for the taking: including the love of Malachi's two closest friends and companions.

Now surrounded by all three men, the center of their shockingly seductive world, Mina may finally have the power to face down her father and take back the life—and crown—that by all rights should be hers.

Katee Robert is a New York Times and USA Today bestselling author of contemporary romance and romantic suspense. Entertainment Weekly calls her writing “unspeakably hot.” Her books have sold over a million copies. She lives in the Pacific Northwest with her husband, children, a cat who thinks he’s a dog, and two Great Danes who think they’re lap dogs.