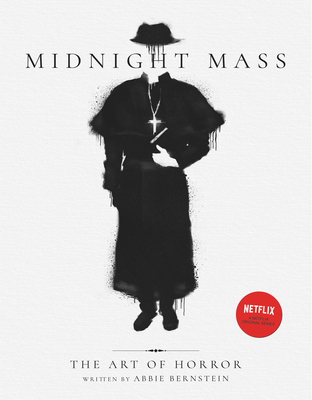 A small town on an island experiences miraculous events – and frightening omens – after the arrival of a charismatic, mysterious young priest. The cast includes Kate Siegel, Henry Thomas, Zach Gilford, and Hamish Linklater.

Midnight Mass: The Art of Horror is a large hardback illustrated book featuring visual and written materials covering all elements of Intrepid Pictures’ Midnight Mass limited series - debuting on Netflix in Fall 2021. This book is the perfect gift for any horror fan and will contain a slew of behind-the-scenes and background material, such as production art and set photos throughout. Readers will gain an insightful understanding of how the show was made with interviews of the cast, crew, executive producer Trevor Macy and Mike Flanagan himself.

Mike Flanagan and Trevor Macy are the minds behind The Haunting of Hill House, a successful horror TV series on Netflix. Their most recent film, Doctor Sleep, was the critically-acclaimed sequel to Stephen King’s The Shining.

Abbie Bernstein is passionate about pop culture and is the author of many film and TV tie-in books, such as The Art of Mad Max: Fury Road, Altered Carbon: The Art and Making of the Series, Godzilla King of the Monsters, and The Cabin in the Woods: Official Visual Companion. As a journalist, she currently writes for magazines including Assignment X, Fangoria, and Buzzy Mag. She is also a fiction writer and filmmaker. Abbie is based in Los Angeles, California.