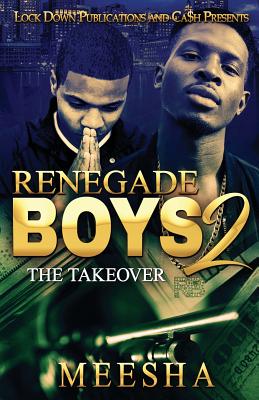 With the death of their comrade, MAXIMO, the RENEGADE BOYS gear up to paint Chicago blood red. MAURICIO and SOSA take to the streets with their guns blazing as they vow to eliminate everyone involved in his murder.

BIG JIM and his crew had no clue who they were dealing with when they went after REESE'S boys. Now they are about to find out that the young savages didn't come to play with them. Will Big Jim prove that he's the preeminent body bagger? Or will his murder game wilt under the gun smoke of his rivals?

As the bloody drama unfolds, Sosa's mind is on one thing only -- murder. Meanwhile, Mauricio is trying to get his father's empire back up and running, but at what cost? Will he gain a fortune but lose NIJA in the process? Can money and power truly suffice if there's no love to balance a man's life?

With death, downfalls, and the penitentiary looming in the background can the Renegade Boys continue their climb to the top? Or will the trappings of the game become their undoing?