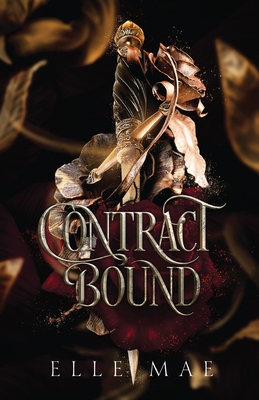 From Elle Mae comes a steamy enemies-to-lovers vampire romance between a hunter and a vampire.

If there is one thing you needed to know about me it is this:

They are useless, soul-sucking monsters that destroy everything in their path, even my own family.

I joined The Order and became a vampire hunter for revenge, but I never would have guessed that my job would entail baby-sitting the vampire heir to the most powerful clan in the world.

And if she thought I was going to break like the other hunters she has been through... she has another thing coming to her.

I hate hunters... but I hate my prick of a father even more after I learned that he had worked with the Order to get one to guard me at all hours of the day.

Even after I had been through all of The Order's top hunters, they still insisted on sending one more.

It was useless though, they would all break eventually.

Whether it was sex, money, or power none of them could resist the temptation, even if it meant breaking our contract.

And I couldn't wait to prove The Order and my father wrong.

So what will your vice be, little hunter?